Freshworks Neo: Why you need Low Code application development to build for the future

Having an issue posting replies through the Freshdesk App, everytime we try to post a reply then we get an error message. I'm not sure if it has any troubleshooting logs anywhere either, but latest versions of both Freshdesk App and iOS. 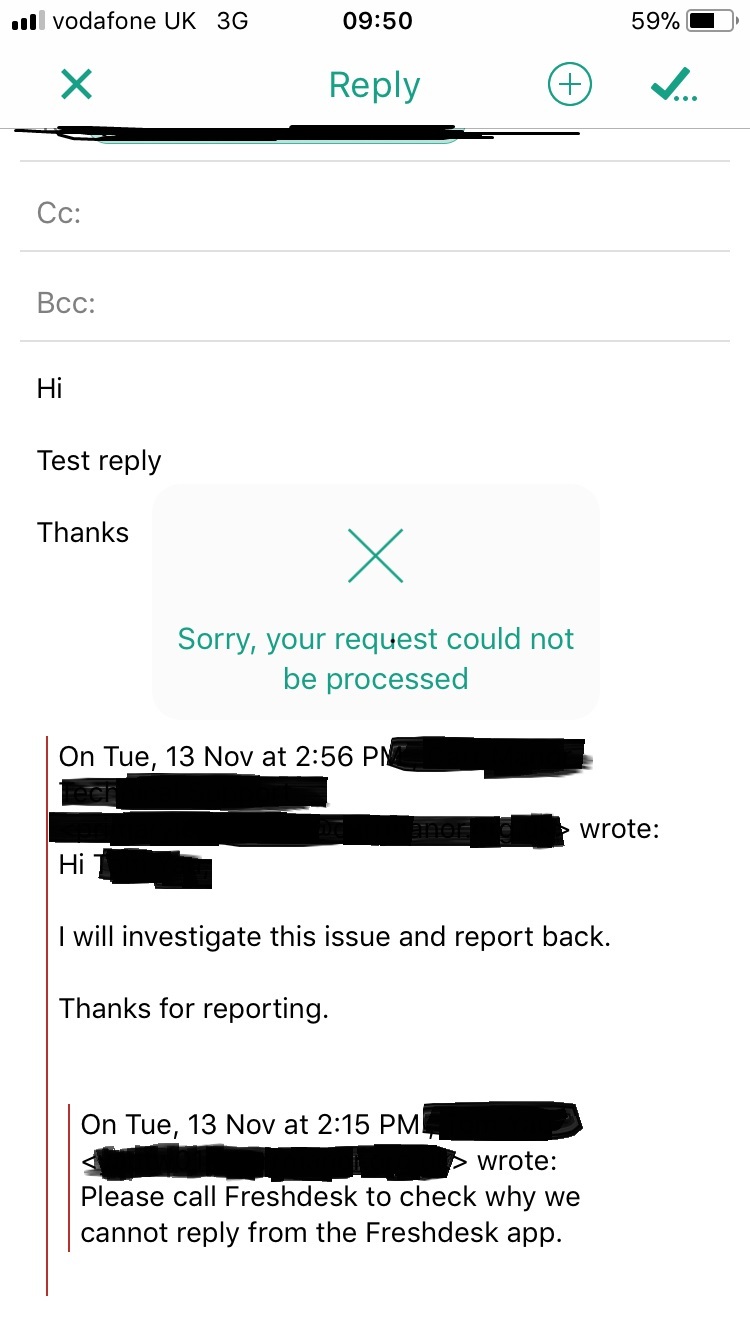 This topic has been closed for comments
A

That's very unfortunate. Few days back, we released a new version of the Android app and that seem to have solved a majority of the issues that appeared in the older version. We're planning to roll it out for iOS pretty soon but we'd like to understand if you're still seeing this issue in the current version of the iOS app.